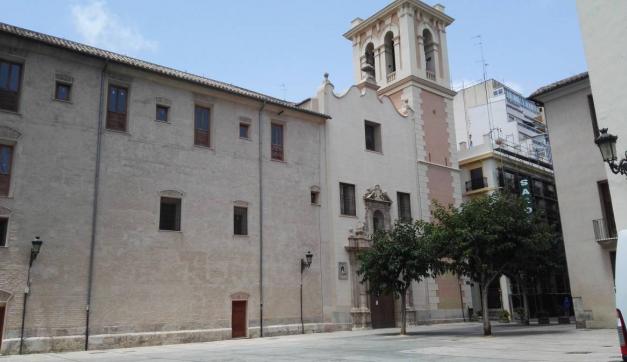 Since 2007, the mutiny staged by silk workers in 1856 has been commemorated, as well as the spinners’ strike of 1902. For this historical commemoration, bonfires are held in the Plaza del Pilar in the neighbourhood of Velluters. For this reason, this festival is known as “La Foguera del Motí dels Velluters” and it takes place on the last weekend of the month of January.

Velluters neighbourhood owes its name to the main trade of its residents, the silk trade (velluter in Valencian), and to the high concentration of looms that sprang up in this neighbourhood (it came to have about five thousand looms in 1767). The urban structure of this neighbourhood can be understood from its link with the silk industry. During the 15th and 16th centuries, this industry developed in the city at the same time as the district formed and adapted to the commercial needs of silk. The industrial activity was carried out in workshop houses or in factory-houses such as the Tamarit Palace.

The Velluters' Mutiny took place on 21 January 1856. It was one of the first grievances of the proletariat of the city of Valencia: the silk workers (velluters) staged several riots and carried out a mutiny to protest the low salaries they received for their work and demand an increase.

The commemoration of this mutiny in the form of a festival with bonfires also remembers the 1902 strike carried out by the spinners. This strike began with the female workers of the Alpera family silk factory, located on the calle Guillem de Castro in the Velluters neighbourhood. The spinners asked for half an hour of free time in their working day for lunch and a salary increase to half the salary of the lowest paid male workers. It is considered that of the 700 workers linked to textiles, 400 attended the strike, after which their demands were accepted.