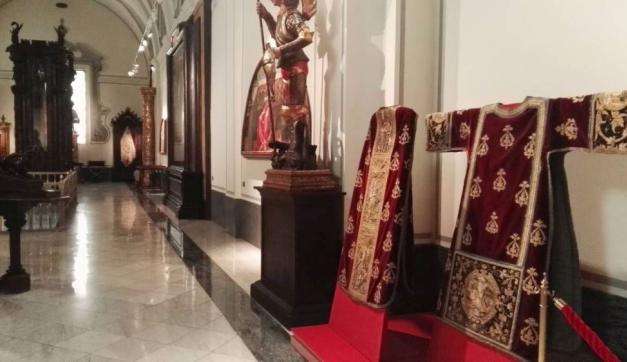 The Municipal History Museum is located in the City Hall of the Plaça de l’Ajuntament, which used to be part of the Royal House of Teaching, founded by Archbishop Mayoral in the 18th century, and in the part where the Church of Santa Rosa de Lima was located. It was created in 1927 to guard the rich historical-artistic municipal heritage, highlighting notable relics from the former City House, of great significance to the history of Valencia.

In it, pieces of fabric as representative as the Royal Senyera of Valencia, the Pennon of the Conquest, as well as religious clothing of the 17th and 18th centuries (embroidered satins and velvets), curtains and belongings, are exhibited.

The first room is dedicated to the historical surveying that shows the evolution of the city. Two exceptional pieces are notable: Antonio Mancelli’s plan of 1608, and the emblematic plan developed by Father Tosca in 1704.

In the second room, Views of the City, a total of 46 engravings of the municipal collection are exhibited that cover a chronological period from the end of the 18th century to the mid-19th century.

The room “Sala dels Furs”, contains mural paintings by Ramón Stolz that represent, among others, the first monarchs of the Kingdom and also the neo-Gothic display cabinet in which the first incunabulum of the Llibre dels Furs is exhibited, whose manuscript is guarded in the Municipal Archive.

The Church of Santa Rosa de Lima, chapel of the Royal House of Teaching, is the last room in the museum. Decorated by José Vergara with frescoes alluding to the life of the saint, representative pieces are exhibited, such as the Royal Senyera of Valencia, the Pennon of the Conquest, the sword of King James or the painting of The Immaculate Conception and the City Jurors by Jerónimo Jacinto Espinosa, the Keys of the City, etc.