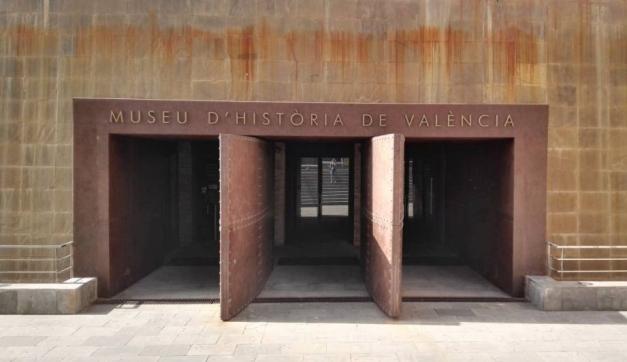 The Valencia History Museum, opened on 7 May 2003, is near the Cabecera Park, located in a building that was originally the first water basin in the city, one of the best examples of industrial architecture of the mid-19th century.

The Museum includes the life of the city from the time of its foundation, with the Romans, through the Arab and medieval periods, etc. to the present day.

The aim of the permanent exhibition is to present the historical processes as accessible and educational, starting with the general concepts to be expressed through daily information, as well as teaching visitors to interpret the everyday facts of the past in order to understand the general processes.

The permanent exhibition is divided into eight historical periods: Valentia Edetanorum; Balansiya; Valencia in the Middle Ages; from the Brotherhoods to the Nova Planta; Borbonic Municipality; the City of Steam; Truncated Modernity and Valencia Experienced.

For this, the exhibition makes use of archaeological collections, documents, the most representative works of art, archival documents, books, engravings, maps, posters, machines, vehicles and toys, among many other resources and combines them with scenes that recreate the past in a dramatised manner, creating a harmonious whole. An unusual way to present history as something close and understandable that introduces us to the historic past of Valencia.

One of the museum’s sets is dedicated to silk with emphasis on the figure of Joaquín Fos, with an explanation of the production and technique of moiré. Additionally, mention is also made of the Royal Factory of the Five Guilds and Replicas of 18th century silk clothing, as well as instruments for the Jacquard machine and documentation. Other pieces that form the argumentative line represent silk fabrics for use and clothing.

They also hold temporary exhibitions that cover topics directly related to the history of the city as well as cross-cutting subjects that are part of the history of humanity.