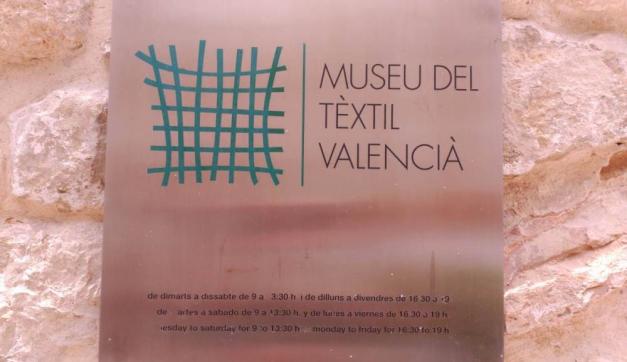 Located on the first floor of the Palau de la Vila, it displays a collection consisting of different objects that date from the 18th century to the present day, through which the different craft processes of textile production are narrated. Its rooms house about 70 pieces related to the entire textile manufacturing process: canes, paraffin, silver and gold threads, scissors and looms of the 18th and 19th centuries, old books, samples of different fabrics, etc.

The pieces belong to the ATEVAL (Association of Textile Entrepreneurs of the Region of Valencia, based in Ontinyent) collection, the Regional Board of the Vall d’Albaida, the Caixa Ontinyent collection and the Rafael Ferrero Terol collection. The museum’s collection continues to grow and it can certainly be said that the rooms fitted out in the Palau de la Vila are small enough to accommodate all the pieces that are to be exhibited, such as the larger looms that were used to make the typical blankets of Ontinyent. Therefore, it is planned for the museum to be moved to the former Manuel Revert Fabrics and Spinning factory, located very near to the Clariano river, located in the urban centre, and which has an area of 5,000m2. This jewel of industrial heritage was acquired by the consistory and has yet to be restored and set up to house the new museum.

Silk production has a leading role in the museum, although it is true that Vall d’Albaida was not a region characterised by this industry but by other fibres such as cotton, wool and linen. Among the collections of the institution we find many tools intended for silk work, both in the raw material production phase and in the phase of creation of different types of fabrics. The silk-making process is illustrated thanks to these pieces, although it is true that some larger elements (such as the swaths) cannot yet be exhibited due to problems of space.

Numerous pieces of fabrics are also preserved, including several spools. Undoubtedly, the most outstanding and colourful elements are the two Jacquard looms belonging to the master velluter (velvet weaver) Vicente Enguídanos, with one being purchased by ATEVAL and the other by Caixa Ontinyent to form part of the Museum’s collection.