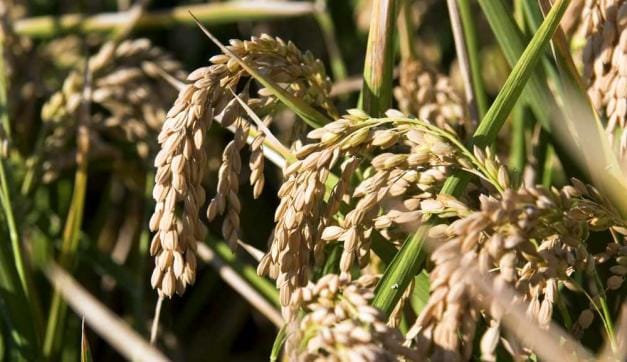 The “Silk Road” refers to a network of trade routes that are linked to the marketing of silk from China. Although silk is considered the most important product of the route, many goods were exchanged on it.

In the Region of Valencia some gastronomic products arrived by this route: rice, orange and tiger nut. These products were introduced into Valencia by Arab merchants linked to the Silk Road. The word rice comes from Arabic although the food originates in China.

Rice began to be cultivated in the Region of Valencia in the 8th century and during the 19th century there was an expansion of the cultivated area. There are currently rice fields mainly in the province of Valencia and particularly in the area of the Albufera Natural Park that can be visited. There is also rice cultivation in Alicante and Castellón.

The designation of origin protects the cultivation of three traditional Valencian varieties: Bomba, Senia and Bahía. All product packaging protected by the designation bear a label with the logo of the Valencian hut, and a section with the numerical record provided by the Regulatory Council. Furthermore, the most typical rice-based dish is paella.

The Sueca Rice Museum is located within the Albufera Natural Park although, for the moment, it remains closed to the public.

The Rice Museum of Valencia is located in the Cabanyal district of Valencia and is located in a former rice mill built at the beginning of the 20th century. After the refurbishment of the building promoted by the Valencia City Council and the restoration of the old machinery, the visitor can observe the rice treatment process as it was carried out at the beginning of the century.