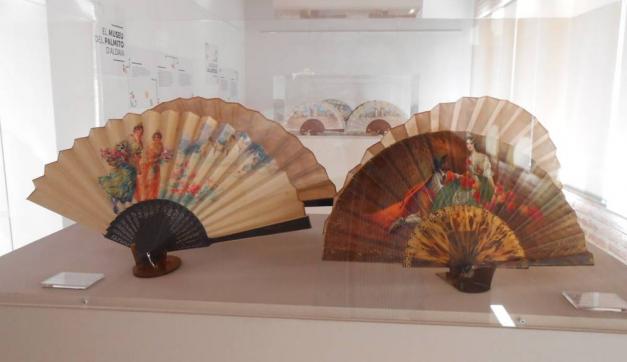 The Museum of Palmito d’Aldaia (MUPA) is located in the Casa de la Llotgeta. The MUPA is the first and only museum in Spain dedicated to fan craftsmanship and since 2015 it has belonged to the Valencian Museum System.

It is a building dated to between the end of the 16th century and the beginning of the 17th century, which was originally a manor house owned by the Counts of Nules. It is an example of Renaissance civil architecture and the arches of the façade are particularly notable. The building was refurbished in 2011.

It currently houses an ethnological and artistic exhibition of fans, and is the centre for disseminating fan craftsmanship and art in Aldaia and the Region of Valencia.

Fans are jewels that perfectly fuse craftsmanship, art and functionality. They represent the good work of Valencian fan craftspeople. They are internationally recognised as objects of extraordinary quality.

The collection includes an extensive representation of old and modern fans that date from the 18th to the present century. An extensive repertoire of traditional machinery, pieces and tools typical of the fan-making process is also conserved. This is an extraordinary collection in which you can appreciate the different styles, fashions and materials used throughout its history.

Most of the museum’s funds come from the donations that it has received. The museum has a collection of assets consisting of more than 350 fans, machines and typical tools for creating the fans that are important heritage of great artistic, historical and ethnological value. All MUPA fans are notable for their historical value, uniqueness, symbolism and the process and materials used to make them.