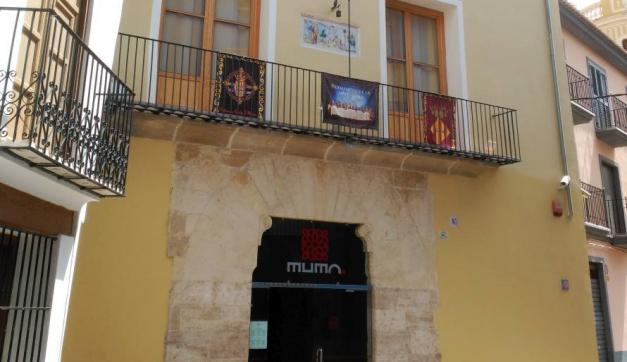 The Municipal Museum of Alzira (MUMA), opened in December 2008, takes a tour through the history and culture of the municipality of Alzira and the region of Ribera del Xúquer through five thematic sections: cartography, archaeology, history, fine arts and ethnology. The headquarters of the museum are located in the historic centre of the city, known as Villa de Alzira, a historic complex declared a Property of Cultural Interest.

On 8 March 1777, the City Council approved the creation of Montepío to defend the silk farmers, in the face of economic adversity against lenders or merchants. The concept grew as negotiations were conducted, incorporating the collectors (farmers and harvesters). The scope was not only local, but also benefited the towns of Algemesí, Guadassuar, Alcudia, Alberic, Alcocer, Gavarda, Pujol and Benismulem. From September 1779, it started to operate with the commitment to meet the needs of “the farmers and harvesters of rice, silk and wheat”.

The property has been refurbished to install the new rooms of the museum. Annexed to it, a newly built area has been incorporated with large rooms that will soon be open to the public.

The museum has a large amount of ethnographic elements related to silk, although, at present, only a small part is exhibited. It is planned that the history of the silk sector in Alzira will be very prominent, since there is the intention to open a whole new section on uses and customs of the most important industries for the town. As such, for example, a restored silk swath will be exhibited that cannot currently be displayed due to a lack of space. The collection also includes a large amount of silk fabrics such as velvets and taffetas, very possibly made with silk from the town, or a spinner. Curious objects like silk paper for wrapping oranges in are also conserved. This brings together, in a single element, the two most characteristic crops of Ribera.

The museum also has a specialised library and a graphic archive for consultation and study by schoolchildren, researchers and interested parties in general.