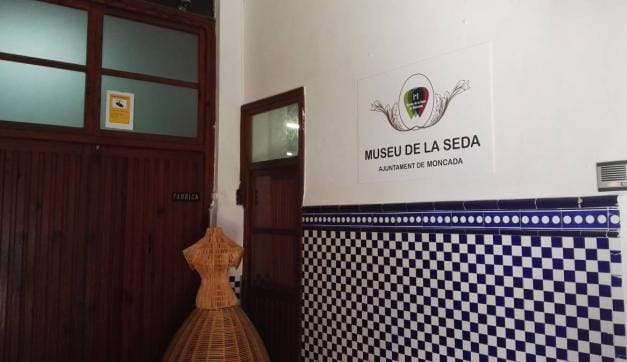 The Garín factory belonged to a silk-making family, whose activity dates back to the mid-18th century. The first Garín whose activity is documented is Mariano Garín, who enrolled as an apprentice in the College of High Silk Art of Valencia on 21 April 1748. On 10 December 1764, he took a master silk-maker examination in the area of velvet. The Garín family have maintained uninterrupted silk-making activity for seven generations.

The artisan workshop was located in the Plaça dels Porxets in the city of Valencia, until 1820 when it moved to calle Quart nº26. The factory moved definitively to Moncada in 1964, when the business closed in Valencia.

The activity of the Garín silk-making factory covered the entire production process, from production to creation, however as the years went by, it received stock from nearby workshops for jobs such as tinting or embroidery.

The City Council purchased the factory in 2012 to turn it into a museum. A museum on the silk industry of the province and housing a coherent collection thanks to the conservation of the systematically preserved production archives.

The Museum’s collection is made up of all kinds of pieces that allow us to reconstruct each of the stages of the creative process and manufacturing of a historical fabric, from its conceiving to the final creation of the piece.

It currently has eleven 19th century Jacquard looms, in addition to around 7,000 pieces of machinery, spools, tools, late 18th century sketches, drawings, and cardboard boxes, 805 designs on paper, 1056 on card, 200 cardboard boxes, more than 4000 old textile pieces, around twenty pieces of ecclesiastical clothing, a historical archive with graphic material, a library with publications since the 19th century, historical reviews, technical manuals and catalogues of exhibitions and textiles.