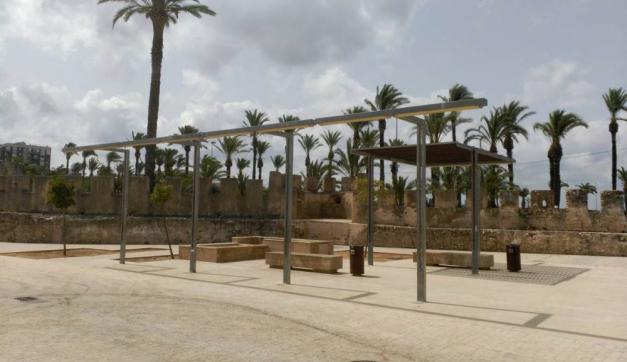 The Mare de Déu del Lluch (“la Moreneta”) is the patron of Alzira and in this town festivals are celebrated in her honour at the end of September. The festivities extend for seven days, between the penultimate Sunday, when the image drops from its sanctuary, and the last Sunday of the month, when it rises again. However, the most important day is the latter because among several acts are the Troballa and the Processoneta del Matí, the Ofrenda de la Seda and the visit to the sanctuary.

On the day of the last Sunday of September the bells of all the churches of the city ring out from dawn. The morning procession departs from Saudi Arabia park at around 11 a.m. accompanied by dancing and typical dances of Alzira. The Virgin is carried on the shoulders by women of the Brotherhood. In the Plaza de Santa María, one of the most important acts takes place: the traditional Ofrenda de la Seda (silk offering) in which the Virgin is given colourful bunches of braided raw silk. This tradition goes back to the time when Alzira was one of the main silk-producing centres. After this act, children and young people perform typical dances until they reach the City Hall. In the afternoon, after mass, the image of the Mare de Déu del Lluch returns to its sanctuary in a procession. Throughout the day, music and dances play a special role, and many of them go back to that era of silk-making splendour in the region.

Alzira was the town with the highest production in the Region of Valencia, moving ahead of the city of Valencia. The expansion of the mulberry tree occurred in the second half of the 17th century and came to cover about two thirds of the land. In addition, it was the main silk-selling centre in the Ribera silk-making area. In the surroundings of this town we can find remains of the silk landscape, such as the walls, the paths with palm trees and the orchard houses.