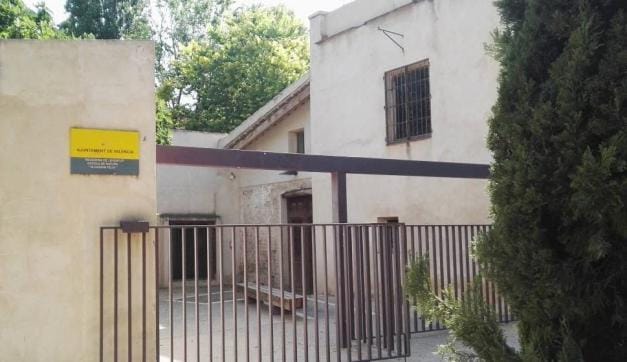 In the Marxalenes park is the farmhouse or Alquería (rural community) of Félix, originally from the 16th century. It is housing for farmers, of the Valls family, also used for agricultural activities. In the mid-17th century, the upper floor dedicated to agricultural activities became a dryer for tobacco leaves and a silkworm nursery. This store is popularly known as chambers. The silk swaths or llits de cucs from the beginning of the 19th century are conserved here today. These swaths are related to the silk industry that developed in many alquerias of L’Horta, mainly during the 18th and early 19th centuries. The silkworms were reared in these structures, consisting of uprights and thatched beds. The farmhouse and the silk swaths can be visited by booking in advance.

The farmhouse has a 20th century annex where a youth centre has been installed in which courses and educational workshops on the environment for young people are given. The farmhouse, which is also an environmental interpretation centre, is located next to a lagoon that is part of the guided tour.

Furthermore, once a month there are guided tours so that citizens can have the opportunity to learn about the history of this neighbourhood and the city of Valencia along with a very detailed explanation.