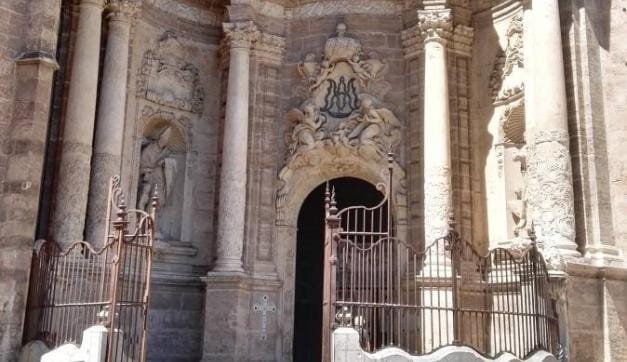 The Diocesan Cathedral Museum of Valencia, created in 1761, is a museum of sacred art located inside the Cathedral of Valencia. The building conserves remains of the architecture from the 13th to the 19th centuries and contains works of art and other historical testimonies of great interest.

The Museum contains eleven rooms where works of art of a religious nature linked to worship and the cathedral are exhibited. The tour of the Museum takes us from Roman times to the present day through works and exclusive areas and allows us to admire fundamental displays of Valencian art in some of its best historical moments.

It contains two large canvases by Goya, painted in 1799, in which San Francisco de Borja appears. We can also see paintings from the 15th and 16th centuries, with works by Rodrigo de Osona, Yáñez de la Almedina, Vicente Masip and Juan de Juanes.

Among the sculptures, there are the original pieces of the gothic door of the Apostles of the 14th century and the Christ of the Good Death by Alonso Cano. Furthermore, the wonderful monumental guardianship of the Corpus Christi procession, carved in gilded silver (1940 - 1954), which is the largest in the world at more than five metres high and weighing 600 kilos and other goldsmithing objects such as chalices and reliquaries of the 14th and 15th centuries are exhibited.

Furthermore, among the works there are two pieces of religious silk clothing and many of the pictorial works and carvings reflect the religious clothing of other eras, emulating embroidery and velvets.

In the rest of the Cathedral, included in the visit, many examples of furniture upholstered in silk can be found, as well as lithurgical textiles that are used in different chapels and the works of art that are created on the fabric and that illustrate certain moments or specific characters from the Bible.