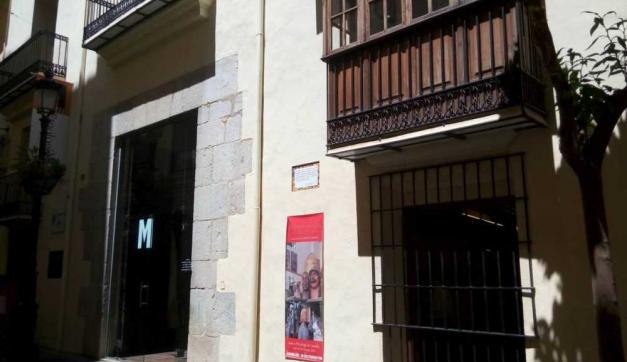 The building that is currently home to the Ethnological Museum is a typical 18th century manor house in which the bases for the homogenisation of spelling for Valencian, known as the “Normes de Castelló” or “Normes del 32”, were approved, and in which, since 1931, the Castellón Culture Society had been based.

The entrance to the museum has a large hall decorated with elements typical of Corpus Christi, such as the giants, the bigheads and “els cavallets”, as well as a temporary exhibition hall in honour of Rafael Ribes Pla, a promotor and creator, along with the patronage of the City Hall of the Ethnological Museum. A staircase leads us to the three floors of the museum.

The first floor is dedicated to the trades that were carried out in the urban environment. In the streets and workshops, we can find tools related to different trades such as the pharmaceutical, municipal and fabric-related trades, such as the waste collection cart or the 18th century ceramic tombstone used by the gravedigger.

The second floor contains everything related to the activities that took place in the countryside, highlighting the rich material culture of farmers and all trades directly linked to the country, such as shepherds, beekeepers, waterers, etc. In it we can find tools typical of livestock, beekeeping or rice cultivation among others.

The last floor of the museum is dedicated to the house and its domestic and private areas, as well as typical regional clothing. We can visit typical spaces such as the living room, the dining room, the games room or the professional office for houses in which a doctor or a lawyer lived, the kitchen or the bedrooms.