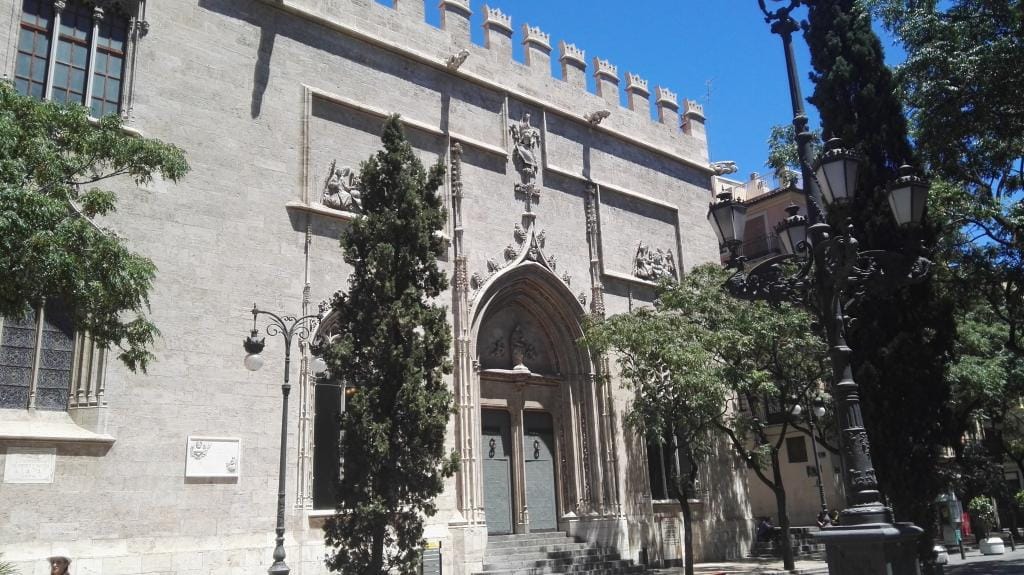 Silk, an essential chapter in the history of València

Silk occupies an essential chapter in the history of València, a common thread enabling us to gain a better understanding of not just urban and rural landscapes but of València's art and history too.

La Ruta de la Seda (The Silk Road) was a bridge connecting two worlds, a network of roads linking the east and the west, that served to spread ideas and knowledge in the cultural and scientific spheres. In addition to silk, other products such as spices, tea, china, jewels, oranges, rice, tiger nuts and precious metalwork were also moved along its various routes.

The arrival of silk in our region, brought over by the Arabs, produced interesting changes in both the rural and urban landscapes. Mulberry trees grew up and down the Comunitat Valenciana (Region of València) around farmsteads dedicated to breeding silk worms, and in many towns and cities saw a thriving silk industry that still endures today and gives a lovely, colourful touch to our festivals.

The silk industry, in terms of cultivation, production and trade, grew significantly across the Comunitat Valenciana between the 15th and 19th centuries, and at one time it was the main business activity in the city of València. By the second half of the 18th century the silk trade was in its heyday, with 5,000 workshops across the city and more than 25,000 people working in the silk industry. Valencian silks became highly prestigious all over Europe.

In València, weavers were concentrated in the Velluters neighbourhood, where you can still see the legacy of the silk industry today ─palaces, bakeries, churches decorated with silks and the two buildings most closely connected with the silk trade.

Firstly, the magnificent Lonja de los Mercaderes, also known as Lonja de la Seda (Silk Exchange) one of the most beautiful examples of Mediterranean civic Gothic architecture and listed as a World Heritage Site by UNESCO. Secondly, the Museo-Colegio del Arte Mayor de la Seda (Museum and College of High Silk Art), also built in the Gothic style and with a hugely valuable heritage collection of frescos, murals and tiles, as well as interesting exhibitions on the subject of silk.

But it wasn't just the nobility who dressed in silk, in the Museo Catedralicio Diocesano (Diocesan Cathedral Museum) and in the Real Colegio del Corpus Christi (Royal College of Corpus Christi) you can marvel at decorative ecclesiastical items and religious clothing dating back to the 15th century.

Silk dressed people and filled buildings with luxury. In one of the best exponents of Valencian Baroque architecture, the Museo Nacional de Cerámica y Artes Suntuarias (National Museum of Ceramics and Sumptuary Arts) housed in the Palacio del Marqués de Dos Aguas, you can clearly see how silk played a major role in furniture design, with richly worked fabric upholstery. In València, silk is part of the cultural landscape.

Beyond the city of València you'll find yet more evidence of the silk industry heyday: the Museo de la Rajolería (Tile Museum) in Paiporta, where they still have machinery from the Rafael Catalá Factory; the Museo del Palmito (Fan Museum) in Aldaia, which takes you on a journey through the world of fans carried by Valencian ladies, or the Casa del Bou (The Bull’s Head House) in Albalat de la Ribera, where you can learn how they used to cultivate silk worms.

Moving northwards, at the old Garín silk factory in Moncada you watch them weaving silk like they used to do two centuries ago, on 19th century looms. Further inland, the Casa-Museo de la Seda (House and Silk Museum) in Requena, home of the town's Colegio del Arte Mayor de la Seda (College of High Silk Art), shows how this town became a major centre for silk production, exporting silk products all over the world.

Turisme Comunitat Valenciana is committed to highlighting the importance of the Silk Road so that all Valencians and tourists who visit us are aware of the legacy it left behind. With the Creaturisme programme, we want all businesses involved in rediscovering our silk history and able to provide added value to join our tourism strategy and be part of the development, promotion and visibility of the Silk Road across the Comunitat Valenciana.

The Silk Road for (with) functional diversity
Silk, an essential chapter in the history of València